Enver Yücel was born in 1957 in Giresun and he completed his study as a boarding student at Hayarpaşa High School. Then, he graduated from the Department of Mathematics, İstanbul Atatürk Education Institute which is known as the Marmara University, Faculty of Education today.

Since 1974, Enver Yücel, who devoted all his life to education, provides the educational services to students in many countries of the world for especially Turkey.

Yücel, who considers the education as the most important problem that needs to be solved in the world, defines the field of education as a social responsibility area in the scope of this aim. Yücel, who offers educational support by providing scholarships to students from the different geographies of the world -from Morocco to Djibouti, from Somalia to the Middle East- in his own intitutions, believes that this condition brings peace to the world.

Yücel, using this experience obtained in the Uğur Education Institute, which has more than 100 schools in Turkey today, for becoming prevalent of the private education institutions, activated the Bahçeşehir College in 1994. Yücel, who turned the College into an institution providing education in European standards, continued to operate only in the field of education.

In 2006, Enver Yücel founded Turkey’s first and only Bahçeşehir Science and Technology High School and he provides education to all students, who are among the first 100 students for high school entrance exam, with one hundred percent scholarship in order to train the scientists of the future as Bahçeşehir Uğur Educational Foundation.

In 2013, Enver Yücel started the one of Turkey’s most important educational projects and carried into effect his institutions under the name of Uğur Schools. Uğur Schools, having 26 campuses and 136 schools, aim to reach his school number to 200 within the three years.

In 2004, Enver Yücel took the first step to perform the vision in the way of becoming a world brand and opened the Uğur Education in order to prepare the sudents for the SAT (Scholastic Apitude Test) exams in the United States. The education cooperation between Bahçeşehir Uğur Educational Institutions and United States is also opened the way of teachers export.

Bahcesehir University, founded by Yücel in 1998, today continues its works in order to become a global university.
BAU Global is a broad education network consisting of 5 universities, 3 language schools, 4 academic centers and 1 boarding school located in 8 different countries around the world.

Bahcesehir University Chairman of the Board of Trustees, Enver Yücel, was granted the award of “Perfection in Education” by the International American Educators Association (PDK) in 2012 for his successes in the design and implementation of innovative and personal education and training programs, and contributions to international education. Yücel received his award from Phi Delta Kappa (PDK) New York University (NYU) Head of Department Dr. Lind K. Patterson and Co-Head of Department Gene J. Mann.

Enver Yücel was granted the award of the “Contribution to Global Education” in the UNCA Awards hosted by the United Nations General Secretary Ban Ki-moon in 2014. Enver Yücel, the first Turkish person to receive this award in the world, received his award from Ban Ki-moon himself.

In 2015, Foedus Foundation in Italy awarded Enver Yücel, Bahcesehir University the Chairman of the Board of Trustees, with the “Foedus Special Award” for his contributions to education. In 2016, Yücel had speeches about the refugee problem and discussed what should be done about it during a session within the scope of the 46th year meetings of the World Economic Forum in Davos. He emphasized that education is the solution for this problem. In 2017, Enver Yücel was deemed worthy of the “Leadership in Global Education” award by the Global Education and Research Center (GLOCER) in the USA for his works in the field of education.

Enver Yücel, the Chairman of the Board of Trustees of Bahcesehir University, believes in the importance of the global education. In this respect, Bahcesehir University was granted the award of the championship as two times in a row in the “Education Export” category in the Awards of 500 Major Exporters of Turkey given by the Turkish Exporters Assembly within the years of 2017 and 2018. 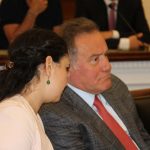 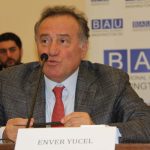 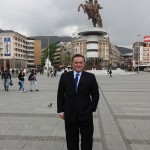 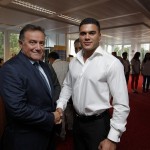 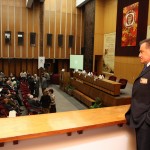 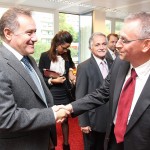 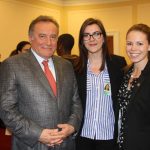 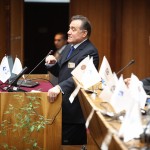