Yücel: We Should Teach Peace to the New Generations

Bahcesehir University Board of Trustees Chairman, Enver Yücel made ​​a speech at a meeting that was organized by the French National Council on the topic “Entrepreneurs for Peace and Intercultural Approach.” Yücel said, “If we want peace rather than the clash of civilizations in the future, we must teach peace to the new generations.”

In his speech, which was made at the conference on the topic “Entrepreneurs for Peace and Intercultural Approach,” at the French National Council, BAU Board of Trustees Chairman, Enver Yücel said that “As an educational entrepreneur, I have searched for knowledge and science for many years. Over the years, the most important impression I gained was that the culture of living together should be improved.”

Emphasizing the importance of the project ‘Alliance of Civilizations’ which was co-chaired by Prime Minister Recep Tayyip Erdoğan, Enver Yücel said that Bahçeşehir University established MEDAM as the first civilizations research center in Turkey. Giving information about the BAU Civilizations Studies Center, Yücel said, “The documentary called “The River Flowing Westward,” which was produced, was shown on television in many important European countries – in particular France and Germany. We were also quite pleased while our documentary “Turkish Passport,” which describes the events in Germany during the Holocaust, was awarded the first prize in a film festival in Israel last month.”

President of TUSIAD Yılmaz: We need a leap in education…

ISTANBUL – TUSIAD Chairman of the Board Muarrem Yılmaz mentioned in The Program for International Student Assessment (PISA) that Turkey is among the countries which is extracting minimum amount of lectures. Yılmaz added that “If we consider our economic aims according to world rankings, we need to be different and to make a leap.”

TÜSİAD and the All Private Education Institutions Association (TÖDER) made an evaluation of PISA 2012 at the TÜSİAD building in Taksim and organized an introduction meeting about ‘Suggestions on data-based education reform for Turkey.’ TUSIAD Chairman of the Board, Muarrem Yılmaz, TÖDER Chairman of the Board, Enver Yücel, German Green Party Education Spokesman, Özcan Mutlu, OECD Education Department Assistant Director, Andreas Schleicher and many guests attended the meeting.
In the meeting, the Program for International Student Assessment’s (PISA) evaluations for Turkey on the international exam, which is made every 3 years by the Organization for Economic Cooperation and Development (OECD) was discussed.
TUSIAD Chairman of the Board, Muarrem Yılmaz, stated, “PISA results for Turkey are not really brilliant. Unfortunately, we are behind in the rankings among OECD countries in the 2003-2012 period. Our scores are increasing year-to-year and this is a positive improvement, but not enough. We must consider that other countries, with which Turkey is competing, also having improvements year-to-year. We need to create a difference in the PISA conclusions. If we consider the place we are aiming for our economy in the world rankings, we really need to make a difference and need a leap.”

Yılmaz mentioned Turkey’s PISA report and said, “Our top level mathematics, science and reading skilled student numbers are dramatically low. In this manner we are inadequate in responding public demands and expectations. Aside from this strong conclusion there is hopeful progress; in spite of our disadvantaged socioeconomic situation, there are some Turkish student rates showing success amongst the OECD countries.”
Yılmaz mentioned that Turkey has not understood much from the PISA results. “Unfortunately, Turkey is focusing too much on its political and economic agendas and not gave importance to its PISA results. My words are based on the OECD surveys done among member countries; survey reports are showing that Turkey is among several countries which see PISA results as not having any effect on its country’s education policies. As a summary, we are among members which do not draw any lessons from the PISA results.” 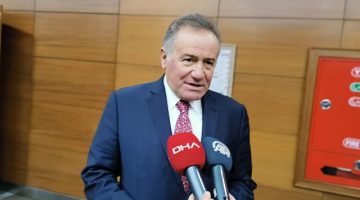 Enver Yücel: We are providing 120 million worth of scholarships

The Ministry of Youth and Sports has signed a memorandum of understanding with 11 schools and 3 private education associations today, following the text of the agreement that provide... 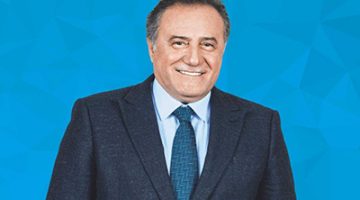 Enver Yücel Has Become the Winner of the “Highly Commended” Award

BAU Global President Mr. Enver Yücel has become the winner of the "Highly Commended" Award in the Outstanding Contribution to the Industry category at the PIEoneer Awards 2020 by ta... 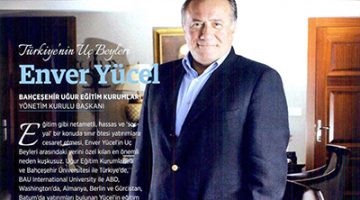 Enver Yucel, Bahcesehir – Ugur Egitim Kurumlari Chairman of the Executive Board, was interviewed with September issue of Forbes Magazine “Target is Africa and Latin America” ... 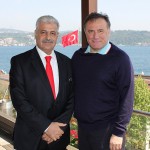 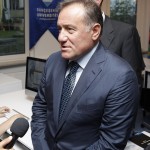 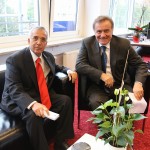 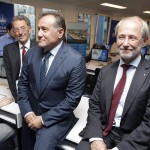 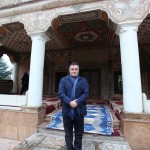 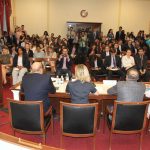